Smart Wasp | At the opening ceremony of Yifeng Group's special mortar production line for building materials, present the 100th anniversary of the Communist Party of China!

From its establishment in 1921 to the present, the Communist Party of China has gone through a bumpy road for 100 years. Over the past 100 years, the Communist Party of China has always represented the development requirements of China's advanced productive forces, the direction of China's advanced culture, and the fundamental interests of the overwhelming majority of the Chinese people.

Contribute to the birthday of the party

On this special day, Henan Xinxiang Yifeng Building Materials Special Mortar, where the SMART WASP intelligent wrapping machine is stationed, officially opened. In the workshop, the five-star red flag and the party flag were dazzling and eye-catching. The huge red banner also printed "Firecrackers Qiming Celebrates the Celebration of the Centennial Party Founding and Commencement", the red carpet covered the entire aisle. 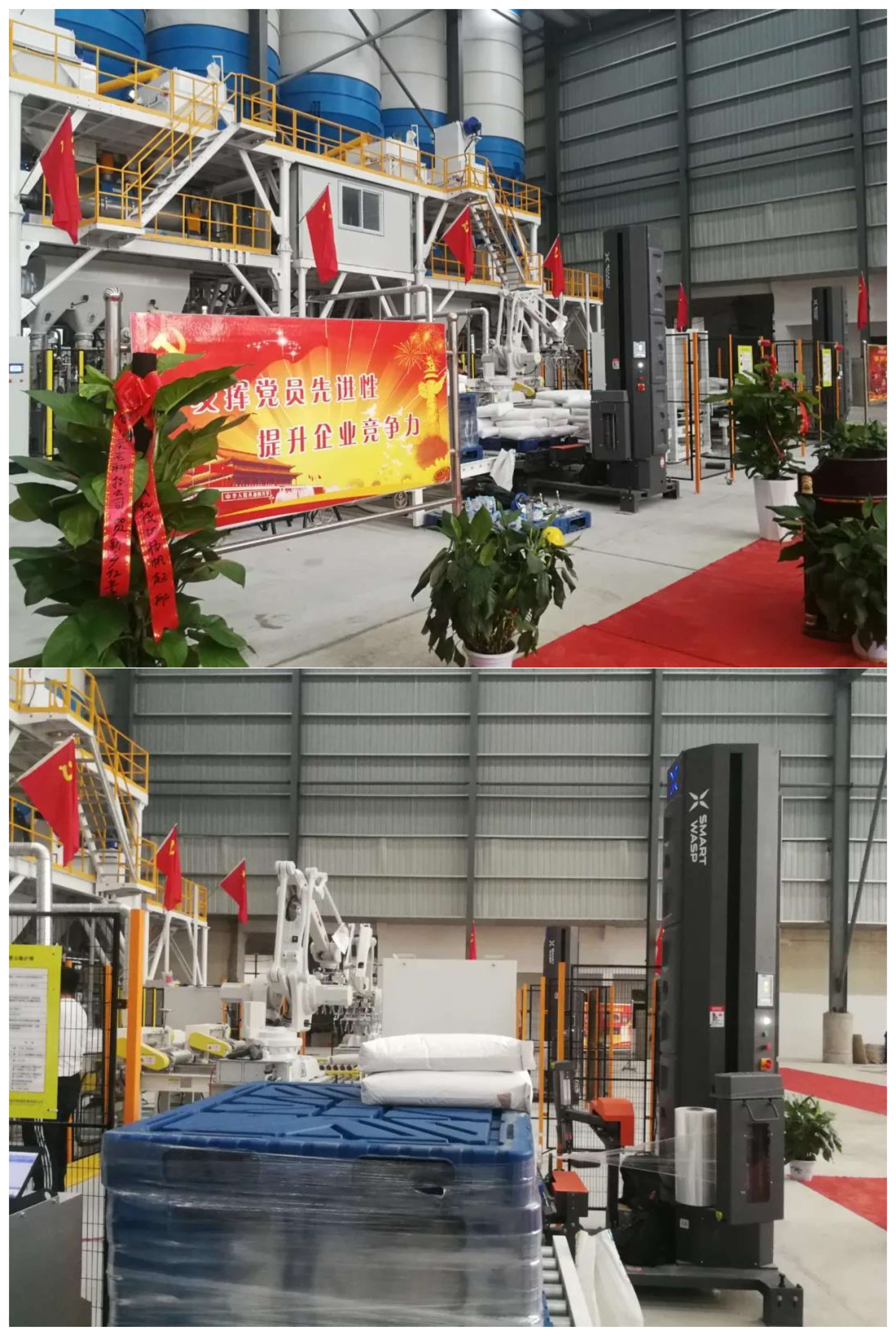 In the Yifeng production line, SMART WASP plays an important role in conveying and wrapping with two S300 fully automatic online intelligent wrapping machines. Smart Wasp will continue to provide technical support and services to Yifeng Group, and work hand in hand to write a new chapter together!

SMART WASP, focus on smart packaging solutions! SMART WASP, dig deep into the field of winding packaging! Just as the red banner of Yifeng production line writes: Carry forward the spirit of craftsmanship, and climb the peak of technology forever!

Struggle for a hundred years, set sail for a new journey