Manual Stretch Wrap Machine- Most manual stretch wrap machines are built to wrap stationary pallets. Stretch film rolls are placed on a stand with casters. Users roll the film around the stationary pallet using the stand to hold the roll and apply tension. These stretch wrappers are the most affordable option after a manual stretch film dispenser.

Rotary Arm stretch Wrap Machine- A rotary arm stretch wrap machine has a tower with an arm that wraps around a stationary pallet. The machines are commonly found on fully automatic packaging lines. The rotary arm makes multiple revolutions around the pallet while stretching the film as it is being applied. 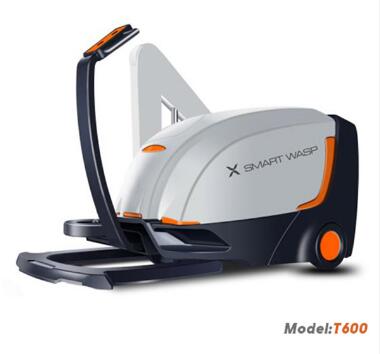