1.Place the packaging object in the center of the turntable of the tray surround machine, the orientation of the film holder is at the bottom of the object, and the film is mounted on the film holder according to requirements.

3. According to your packaging requirements, click the up and down buttons to adjust the surround orientation of Stretch Film. 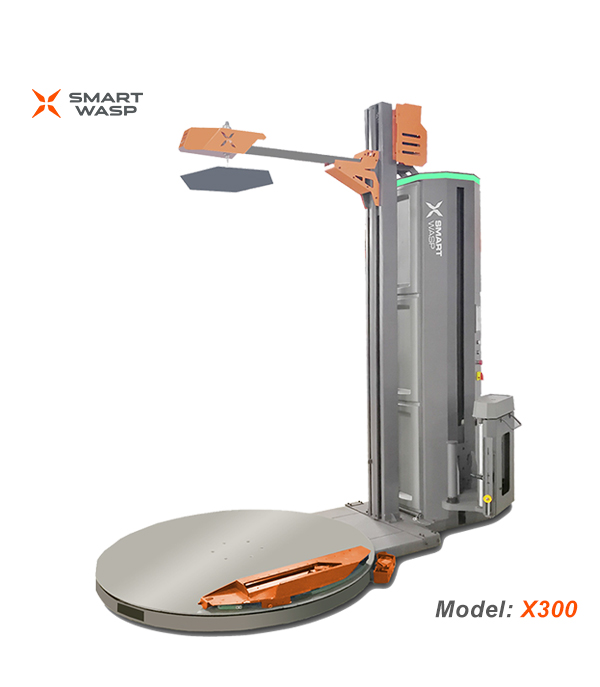 1. After two weeks of operation, it is necessary to replace the new oil in time, and it must be replaced once a year in the future.

2. Regularly adjust the tension of the membrane frame chain to prevent the turntable from slipping.

4. Check the electrical components regularly and keep the machine clean.

2. Film supply molding part The film supply molding part is composed of a film mounting frame, a transport roller set, a date printing system, and a molder. The sheet-like packaging film moves uniformly with the lower film roll 下 and the traction wheel of the host machine, and passes through the conveying roller group. The fixed-point date printing is completed, and the tension unevenness caused by the internal stress of the packaging material when cutting the roll is automatically adjusted together. After entering the molder, the packaging of the article is realized.

3. Frame part The frame structure is the main body of the surround machine, which is a frame designed according to the specific requirements of different standards and types of packaging machines. Each part of the host is assembled into a complete mechanical equipment through the frame, which together is also the support of the host's power transmission system.

4. Power Transmission System The power transmission system is suitable for the mechanical transmission system that surrounds the power and movement of the main motor of the machine to each performing part and moving part. It is mainly composed of pulleys, cams, sprocket pairs, gear pairs, and differential organization machinery It consists of mechanical parts such as speed governing organizations. Due to the high working speed of the seam wrapping machine and the small power to complete the packaging action, Generally, there is no need for a reduction box in the power transmission system. The main motor generally has a DC stepless speed regulating motor and a communication variable frequency stepless speed regulating motor. Both. The power transmission system of the seam wrapping machine is more complicated and varies from machine to machine, but its motion transmission has the following commonality. That is, the main motor motion is generally divided into four motions after the belt wheel is decelerated and transmitted: the feeding and filling motion; the next Film, longitudinal sealing movement; transverse sealing movement and product output movement. The setting of each motion parameter and their relationship are in accordance with the technical specifications of various packaging machines.

The above are the operation steps and maintenance points of the tray packaging machine. I hope to help everyone.