Do You Understand Stretch Film?

Stretch film, also known as LLDPE elastic film/packaging film, is a transparent, flexible and flexible polyethylene plastic film that is non-toxic and harmless, and meets international environmental health standards. LLDPE stretched film has the advantages of toughness, impact resistance, transparency and self-adhesiveness. Whether it is used for collective packaging of products or cargo pallets, it can prevent moisture, dust, reduce labor, increase efficiency, and protect products and reduce costs. purpose. The manufacturer of the standard pallet packaging machine can help you.

The early LLDPE stretched film was mostly blown film, which developed from single layer to two-layer and three-layer; now the LLDPE stretched film is mainly produced by the casting method, the process is shown in the figure below, because the casting line production has a thick and thin The advantages of uniformity and high transparency can be applied to the requirements of high-strength pre-stretching. Because the single-layer casting cannot do single-sided bonding, the application field is limited. Single-layer and double-layer casting is not as wide as three-layer casting in terms of material selection and the formulation cost is also high, so the three-layer co-extrusion structure is more ideal. A high-quality stretch film should have the characteristics of high transparency, high longitudinal elongation, high yield point, high transverse tear strength, and good puncture performance. 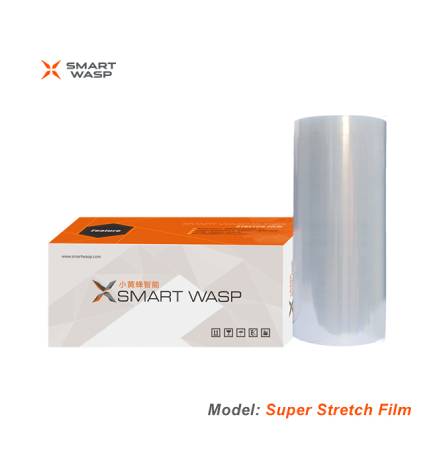 In the fiercely competitive stretch film market, more film layers mean more market share, so the product is changed from 5 layer film to 7 layer film or 9 layer film, which shows applications by improving performance or reducing cost Advantage. Affected by this, the production equipment for the stretched film is also developing in the direction of multi-layer and large-scale.

At present, the newly-invested and constructed equipment in North America are all new-type, high-performance multilayer film equipment. For the 5-layer the stretched film introduced in the mid-1990s, the general equipment uses 4 extruders and a specially designed 5-layer supply hopper. The output of 5-layer stretched film in North America now accounts for 40% of the total stretched film production. In recent years, the newly installed cast stretch film production equipment in North America can produce equipment with 5 or more layers and keeps refreshing the record of layer number, which is 7 layers first, and then increased to 9 layers. Now the processing plants and machinery The production plant is discussing and preparing to prepare processing equipment capable of producing 11, 14 or even more layers. Gary Oliver, a senior scientist at Cloeren Company in the United States believes that the microlayer feeder technology of industrial barrier films should be used in the production of stretched films. But no one is currently experimenting.

The competition of stretched film manufacturers is actually the competition of profits, and the increase in output means the increase of market share. Stretching film production equipment is becoming larger and larger, and the number of product layers produced is large, and the output has increased accordingly. Five years ago, the standard cast film equipment had 5 rolls with a diameter of 20 inches and now uses 6 rolls. In order to increase the number of film layers, it is possible to use resins with a lower cost and a wider performance range (such as metallocene LLDPE) or butene-based LLDPE to reduce costs and increase competitiveness.

Our company has a high-quality super-stretch film, welcome to order.