1. Chassis speed: It is used to set the speed ratio of the chassis of the Stretch Wrapping Machine during normal operation. The larger the percentage, the faster the speed.

2. Lifting speed: it is used to set the speed ratio of the winding machine film base lifting. The larger the percentage, the faster the lifting speed.

4. Over-top time: It is a unique term for the Semi-Automatic Stretch Wrap Machine. It refers to the time that the wrapping film continues to wind at the top of the item. In fact, it is used to reinforce the item at the top. It can be set according to user needs. 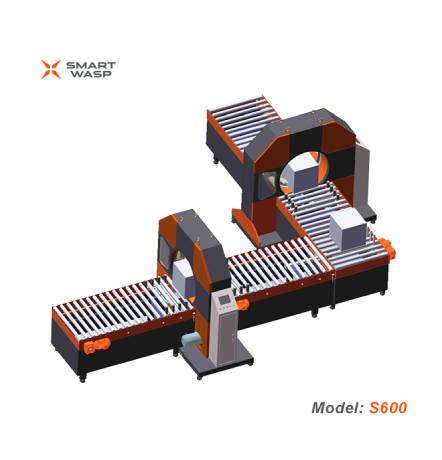 5. Up and downtimes: used to set the number of times of winding machine up and down.

6. Elasticity of film release: It is used to set the ratio of the elasticity of the film holder when the winding machine is running. The larger the percentage, the faster the film release speed and the looser the film. If the film is too tight, it is easy to pull off directly and cannot be clamped. Overfeeding may result in incomplete film breaking. Please fine-tune according to the toughness of all films and the shape and size of the pallet objects.